GET MORE OUT OF EVERY ROAD,
EVERY RIDE, EVERY DAY, EVERY DOLLAR.

It’s the GT Radial way—get more out of every road, every ride, every day, every dollar. And it’s part of every GT Radial tire.

With more than 20 years in North America, GT Radial offers a complete line of tires for virtually every kind of passenger vehicle, from ultra high performance cars to luxury touring sedans and crossovers to SUV and light trucks.

over 130 countries around the world. In addition to seven state-of-the-art manufacturing facilities across the globe, a new US plant began production in October, 2017. GT Radial tires are available from leading independent tire dealers around the country, Find a GT Radial dealer so everyone can “Experience the Performance” of GT Radial tires for themselves.

nationalities represented in our diverse workforce.

serving consumers in over 130 countries around the world.

GT Radial tires are manufactured by Giti Tire. Singapore-based Giti Tire Group, one of the largest tire companies in the world, has been in the tire business since 1951. Giti Tire operates eight manufacturing plants and produces a broad range of tire products, serving major original equipment vehicle manufacturers, auto service outlets, tire dealers and consumers in more than 130 countries worldwide.

Giti Tires have been offered in the U.S. for more than 20 years, and Giti has numerous facilities in North America, supporting more than 6,500 retail points across the U.S. and more than 740 in Canada.

Giti’s North American Headquarters, located in Rancho Cucamonga, California, just outside Los Angeles, was established in 2005. Canadian operations, based in Surrey, British Columbia, were established in 2007. 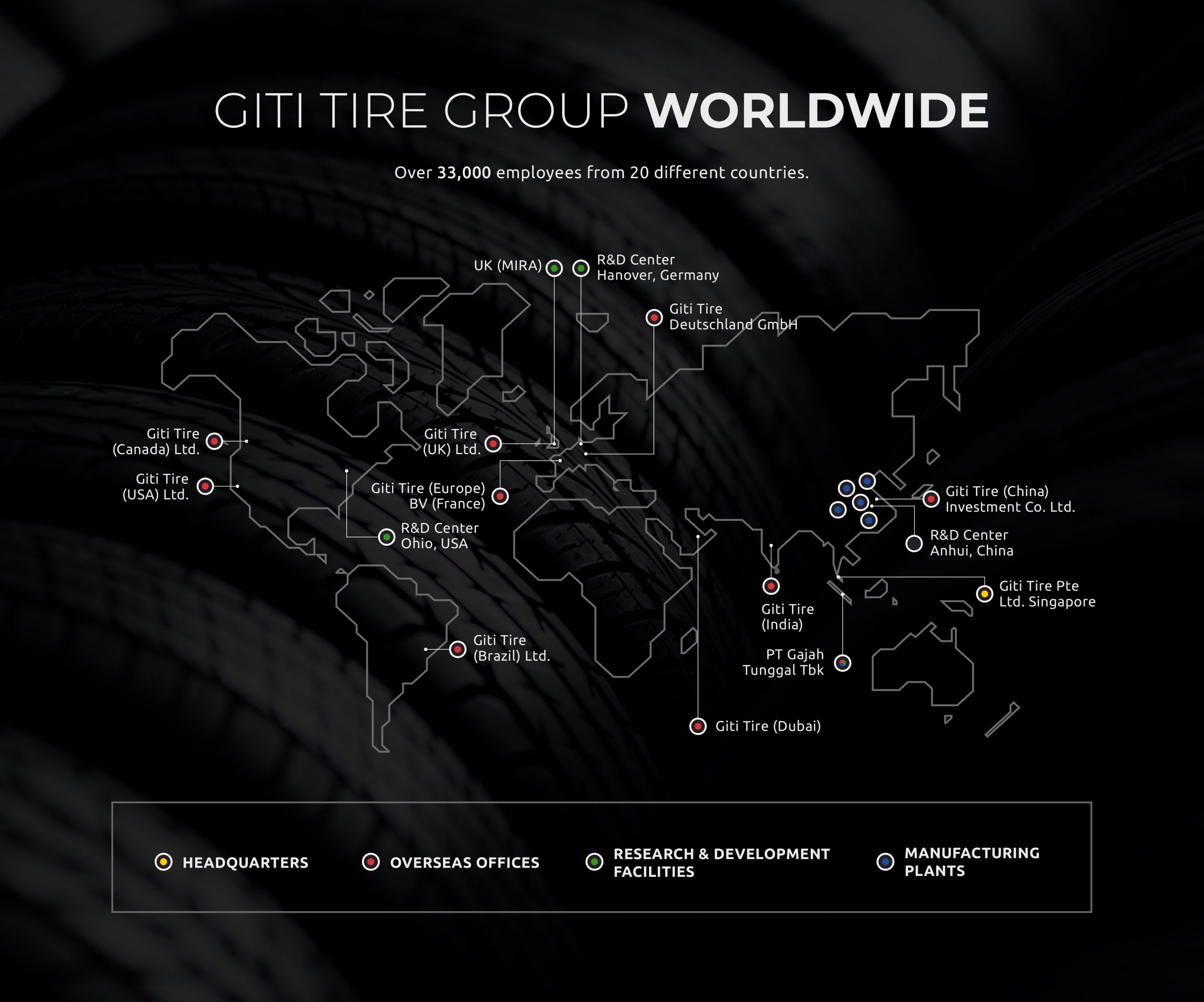 SUSTAINABILITY INITIATIVES
As a company dedicated to the green principles of environmental protection, Giti Tire is dedicated to the development of sustainable, energy-saving technologies and products. More importantly, Giti Tire places special emphasis on the tire manufacturing process and strives to minimize the environmental impact of tire products by reducing emissions, wastewater, and waste materials.

“GIFT OF LOVE, GIFT OF SIGHT”
The program has provided the “Gift of Sight” to thousands, with more than 20,000 free cataract operations since 2009. 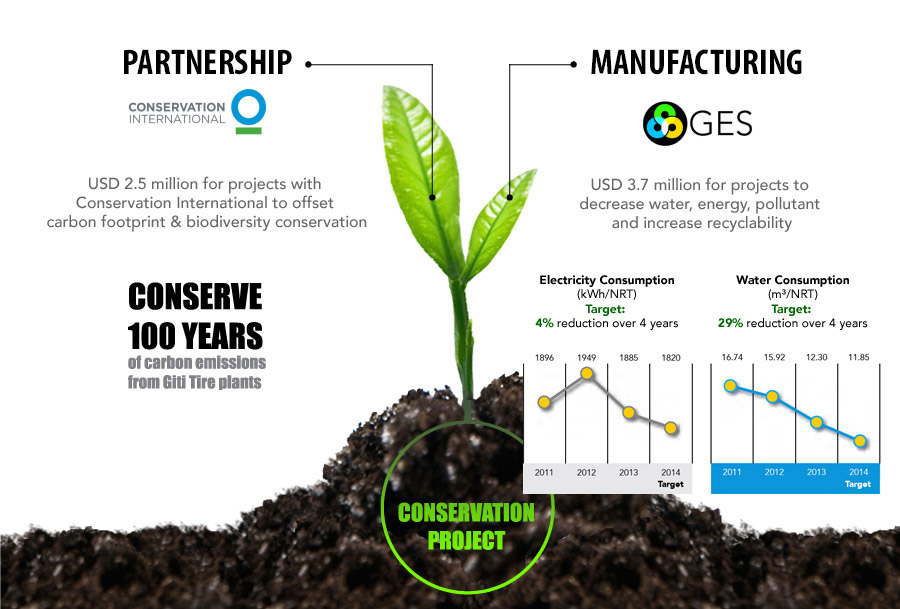